The People Bringing You Joy 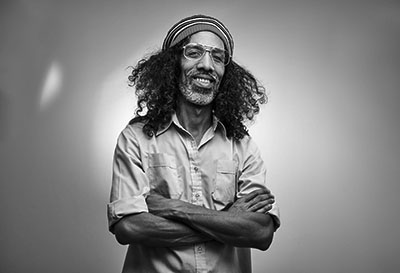 Hilary Dulany helped organize the first Medical Marijuana Expo in downtown Detroit in 2009 and then founded the first print trade journal in the Midwest for cannabis, which operated for 5 years. She helped expand her partner’s national restaurant chain between cannabis projects and created a vaporizer company at the very beginning of the cannabis vaping trend in 2013. The company was sold to a publicly-traded cannabis brand and became the first cannabis brand to be sold this way in  Michigan.  In 2015 Hilary relocated temporarily to Oregon with her partner Chuck (Senatore) to establish an extract company. The company survived a rollercoaster recreational market and was sold in 2020 to allow for their return to Michigan with industry experience and an advantageous growth plan.

Chuck Senatore found his home in improving and streamlining the industries he’s involved in.  Beginning in drag racing, he innovated an engine that won his team a world championship before taking his innovations to the restaurant industry with a national chain and franchise of coal-oven pizzerias. With an engineering background and visualizing the cannabis industry as a blank slate, he began evaluating and breaking down growing and processing systems in 2014.  After almost four years of development and testing, he has developed a patent-pending and UL-certified commercial system that grows cannabis with over a 60% reduced carbon footprint to other growers.

Nick Dulany began his career as an attorney but switched gears quickly once he realized plants don’t argue against his advice.  Finding a natural fit for his skills in cannabis, his ability to create growth plans, and his willingness to experiment with Chuck has created serious gains in an industry where efficiency and low-cost production often take a backseat to corporate profits.  He’s helped to consistently generate a top-shelf product that prices in at middle shelf prices.

Mike Ware began working beside Chuck in the drag racing pits. His fabrication skills have allowed us to quickly develop prototypes and increase production due to rapid turnaround times.  He also oversees construction on new developments and manages developed properties already in operation.

Allison Ireton is the general counsel for Bloom City Club and Peregrine Manufacturing.  Ann Arbor-based Bloom City is one of Michigan’s oldest provisioning centers, having served patients and customers since 2015. Her willingness to take chances and defend them has been a pillar in the longevity of the provisioning store and one of the main motivating factors for the state-wide expansion of the Bloom brand.

Craig Turrell is a landscape architect and finish carpenter.  He also maintains our properties in conjunction with Mike Ware.  His passion for reclaimed building materials and local conservation efforts has helped build the Bloom City brand Michiganders know and love.  His ability to see the beauty in raw, reclaimed materials has formed the look and feel of the Bloom City stores.

Patrick Kinney began as an automotive engineer, managing efficiency development.  That skill has taken his efforts in the edible cannabis market to new levels, allowing fast expansion in confectionary cannabis with the Tree Town brand of edible. Tree Town cookies, gummies, and other sweet treats can be found in over 200 dispensaries in Michigan.

This site uses cookies. By continuing to browse the site, you are agreeing to our use of cookies.

We may request cookies to be set on your device. We use cookies to let us know when you visit our websites, how you interact with us, to enrich your user experience, and to customize your relationship with our website.

Click on the different category headings to find out more. You can also change some of your preferences. Note that blocking some types of cookies may impact your experience on our websites and the services we are able to offer.

These cookies are strictly necessary to provide you with services available through our website and to use some of its features.

Because these cookies are strictly necessary to deliver the website, refuseing them will have impact how our site functions. You always can block or delete cookies by changing your browser settings and force blocking all cookies on this website. But this will always prompt you to accept/refuse cookies when revisiting our site.

We fully respect if you want to refuse cookies but to avoid asking you again and again kindly allow us to store a cookie for that. You are free to opt out any time or opt in for other cookies to get a better experience. If you refuse cookies we will remove all set cookies in our domain.

We provide you with a list of stored cookies on your computer in our domain so you can check what we stored. Due to security reasons we are not able to show or modify cookies from other domains. You can check these in your browser security settings.

We also use different external services like Google Webfonts, Google Maps, and external Video providers. Since these providers may collect personal data like your IP address we allow you to block them here. Please be aware that this might heavily reduce the functionality and appearance of our site. Changes will take effect once you reload the page.